A completed movie is the result of the dedication of many. It goes through a vast process of editing and dubbing before it is presented to the hands of the general public. These movies come to life not only by the talents of its actors and the directors but with the overall commitment and dedication of the complete cast and crew that works to make sure that it is in perfect condition as expected. An important part of these movies are the special effects used in many scenes and the efforts put into making them a reality can be counted in unlimited hours. Some of such that directors tend to use to enhance the quality of the movies are presented below. 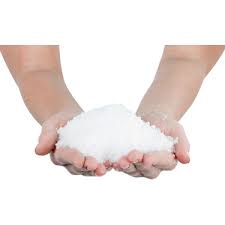 What are CGI effects? The word CGI is not a word that is foreign to your ears as it is commonly used in many movies. The letters CGI stand for Computer Generated Imagery which even has the ability to bring about 3D effects to life. These are usually the graphics which are presented in 3D form that can create special effect for movies. Best examples for such CGI used movies would be, Ice Age, The Lord of the Rings and Shrek.

Although bluescreens are considered as a type of special effect used in movies, it has now been replaced with CGI just like matte paintings were replaced using much advanced technology. However, you would still see the use of bluescreens quite commonly to add snow for production and what not. The procedure of using a bluescreen is that the actual background will be replaced with a bluescreen where the actors will be playing their parts in front of it and later one by one the special effect will be added to this screen. Superman’s flying sequence is one of the best examples for this effect.

Special effects are not only what you see but also what you here. Therefore, there are special types of sounds added as an effect that are used in movies to make the scenes more realistic and believable. What is diegetic sound? These are generally the natural sounds that come from the backgrounds or of the actors talking, unlike when you use special ash FX for movies that aren’t natural. These include, doors opening and closing, radios playing in the background, footsteps etc.

If diegetic sounds are the natural ones, what are non-diegetic sounds? These are obviously the ones that cannot be categorized as natural and are specially added to the movie like songs and sounds relating to special effects.

When all such effects are put together, a movie becomes complete.